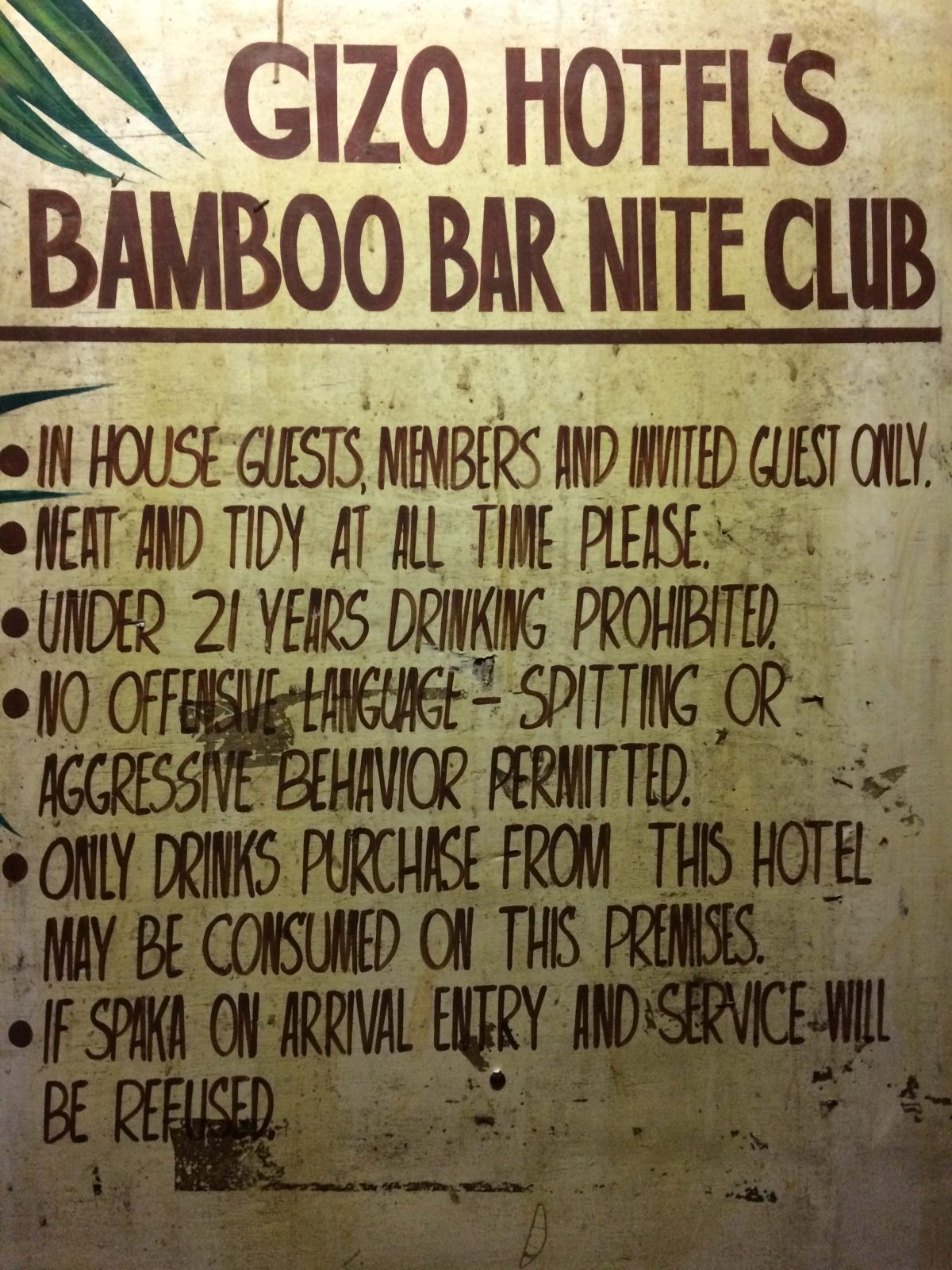 I wanted to start my first ever blog post not with a story about me or our company, but rather about some of the people we have worked with. They choose to work in one of the most difficult jobs you can imagine, in a country that is hard and unpredictable, during a time of significant reformation and rebuilding, with limited resources and the eyes of not only their own people but of the international community upon them. They showed us the true meaning of determination, commitment and sacrifice as well as respect and friendship. They are the certified trainers of our Accountability, Authority and Responsibility program from the Royal Solomon Islands Police Force and they represent, in a small way, how far we have come in those 13 years.

Last week Greg, who trained the 12 trainers, and I had the opportunity to return to the Solomon Islands to hand over a program that we have been implementing for nearly five years. As each of the trainers received their certificates and shook Greg’s hand I was reminded of some of their stories and it became a bit overwhelming. I want to first relay some of them and then explain what they meant to me.

Consider Sergeant Grace whose superior was less than happy with what the program represented and thought women should not be given the opportunity to be a trainer but rather stay at the station to do administration. He destroyed her application preventing it from being submitted. Grace, however, had completed a second application and, risking her career, delivered it by hand to the Director of Learning & Development at the academy. She went on to become an outstanding facilitator.

Another officer, Joan, was rostered on semi-permanent night shift and would not be released to attend either the train-the-trainer courses or her 2-day delivery audit. She came anyway after working her full night shift and never fell asleep. During her Christmas holiday leave period she paid more than a fortnights wage to fly back from family time to deliver the final day of her audit. When asked why she did it all and never complained she said “This program is so important for my country.”

Inspector Peter spent 3 days camped, literally, on the deck of a boat with very little food and no money to get to the location where he was to deliver the final audit. Whilst there he relied on family to shelter and feed him during the facilitation and then spent another 3 days on the boat to get home. When we started with him he had never used a laptop before. He told us that despite being ready to retire he thought this was the one thing he could do to rebuild his country, to get it back on its feet.

Constable Stanley was stationed on an island on his own. In true “Castaway” fashion he spent his time painting faces on coconut trees and pretending they were participants and literally “talking to the coconuts” to get the high standard he attained.  We laugh about it now when we see each other, but his commitment was exceptional. He will be a real leader for his Force when he returns to mainstream policing.

We had a very senior and experienced investigator who applied because he had done the program and had seen how it could have a positive impact for him, his officers, and for his family. He had never run a training session in his life. What he did have was a severely disabled daughter. To attend the training his day started at 4am so he could get his daughter to care and make it in time for the 9am start. That involved catching 3 buses and walking 10km to get to the venue – each way. One day the electricity in the venue failed. We Aussies were stressing about the laptop lasting the day, but he remarked: “Don’t worry about the technology. When the Australians have pulled out, and the computers have broken down, we might be back to paper and pencils. But we can always hold ourselves accountable. I need to be able to teach this on the beach.” Such is his good grace and humour.

A lone female officer at a remote location decided she would apply everything she learned at the course. She was immediately berated by male police officers, criticizing her and threatening her life for making decisions they said were men’s decisions to  make. Her husband was beaten, and her house was vandalised. When Greg spoke to her about it she said, “the bigger community is behind me, and that is what matters. I want for my son to have a future here, so maybe I have to go though this so he gets that benefit. My life does not matter so much.” She has since been promoted to a level to match the kinds of decisions she is capable of making. She is now in charge of those same men who mocked her and she regularly holds them accountable. Performance levels there have risen dramatically.

A younger Constable, Joseph, was part of the Emergency Response Team who were called to attend riots in a village. Road blocks had been set up to prevent police intervention. A senior officer who had been strongly influenced by “wantok” issued unlawful orders for the team to stand down. Our first experience with potential insubordination as a result of our program saw him ignore these “orders” and push through the road block into the station and save the lives of the people sheltered there. Younger police officers who were present at that scene still remember his response to the order he was given: “Can’t you see what is happening here? Our community is in danger. I swore an oath to protect them. I am going, and I am prepared to be the one that bears the consequence. Who will come?” He now has many followers. He was promoted after this incident and then deployed to an international peacekeeping mission. He is back in the country mentoring staff in one of the most important units in the RSIPF.

There are so many more stories which have delighted me and equally confronted me, more personally than professionally. Just a few days before I started writing this I had a course participant in Australia complain because we started at 8.30am instead of 9.00am. Their work hours are 9pm-5pm they said, and it is unfair that they have been moved.

Over the past 18 years I have realised three very important things building this company:

So here it is – my first post. I agreed to do this under two conditions. The first is that I get to write whatever I want without a filter. We will see how that goes. The second was that as soon as my posts were no longer relevant I would stop. I would appreciate any feedback on that as well.